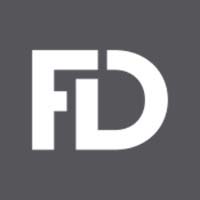 Jerome succeeded at trial in the Technology and Construction Court in the case of Freeborn v De Almeida Marcal (t/a Dan Marcal Architects) [2019] EWHC 454 (TCC), which was a case of of wide-spread significance to those who commission construction professionals. Issues included; the scope of the architect’s retainer; whether the brief was properly prepared, documented and agreed; the scope of a project manager’s responsibilities including obtaining competitive tenders, timely ordering of components and construction defects; the extent to which the architect had delegated his obligations to specialist contractors; and interpretation of the Building Regulations in relation to means of escape from fire.

Jerome was successful at trial and at the Court of Appeal in the ground-breaking case of Dreamvar (UK) Limited v (1) Mishcon de Reya (2) Mary Monson Solicitors, which involved an ID fraud in a property transaction. Dreamvar clarified solicitors’ potential liabilities for breach of trust, breach of undertaking and breach of warranty of authority, to both the vendor and the purchaser. As a consequence Jerome’s comments on the case appeared in the Daily Telegraph, Times and Law Gazette.

He has extensive experience of high value insurance disputes including contractors all risks, commercial property, business interruption, employers and public liability, directors and officer’s liability, new building warranties and pollution liability. His practice includes both advising in regard to the primary claim and any related third party subrogation claim.

Jerome has been involved in a range of contractual disputes involving clients in the insurance, construction, infrastructure, information technology, healthcare, finance, recruitment and shipping sectors.

Jerome’s practice also includes a range of insolvency matters including bankruptcy and winding up petitions, related injunctive relief, directors disqualification and other director liabilities on insolvency.

Jerome represents his clients in the various divisions of the High Court including Chancery, Commercial, Companies, Technology & Construction Courts and the Court of Appeal. He also advises in relation to mediation, arbitration and adjudication.

“The ‘brilliant’ Jerome O’Sullivan is the leading advisor for the claimant in a £1.1m dispute against two firms of solicitors in relation to a fraudulent property transaction“ – Legal 500 2018