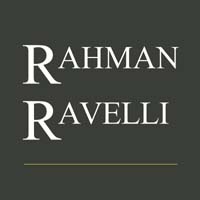 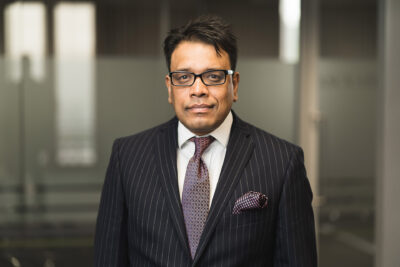 As founder and senior partner at Rahman Ravelli, Aziz Rahman orchestrates the firm’s ever-increasing national and international caseload. His widely acknowledged specialist knowledge and impressive track record mean he is always involved in many of the major ongoing corruption investigations, while accumulating a client list that includes some of the most notable corporations, professionals and high net worth individuals.

He is known for his proactive and robust defence work and his knack of assembling and directing intelligent, astute defence teams for global investigations involving agencies all over the world. These attributes have brought considerable success in cases involving serious and corporate fraud, complex crime, bribery and corruption, and compliance and regulatory matters, as well as in civil fraud and high-value commercial litigation.

Aziz has come to be viewed as one of the best in his field, thanks to his ability to analyse complex issues quickly and identify the best tactical approach in even the most complicated international and multi-jurisdictional cases. He is also known for being a solicitor with an ability to identify and become involved in the emerging international issues as they arise. These include Ponzi fraud, Libor, Forex, Cum-Ex and a range of other financial issues that have attracted the attention of authorities in the UK, Europe and around the globe.

He has a growing list of national and international clients who want him to carry out internal corporate investigations, in order to identify wrongdoing and self-report it. His popularity in this area has risen especially quickly since the introduction of deferred prosecution agreements; of which he already has more experience than most. His strategic, determined approach makes him the logical choice for clients from all businesses and professions who want an outcome that avoids a criminal prosecution.

He routinely deals with the Serious Fraud Office (SFO), HM Revenue and Customs (HMRC), the National Crime Agency (NCA), City of London Police, the Financial Conduct Authority (FCA), international bodies such as the FBI, the US Securities and Exchange Commission (SEC), OLAF and Interpol and police and anti-corruption agencies worldwide.

His firm was the first to lodge an appeal with the European Court of Human Rights to challenge the civil burden of proof in civil recovery cases.

Yorkshire and the Humber > Crime, fraud and licensing > General crime and fraud