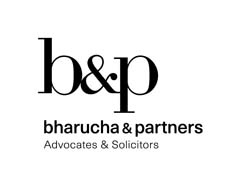 DP Singh or DP has been in practice for over 30 years and has actively represented various high-ranking
public functionaries in cases under the Prevention of Corruption Act, 1988, the Prevention of Money Laundering Act, 2002 (PMLA), and the Securities and Exchange Board of India (SEBI) Act, 1992 and the
regulations thereunder. His experience as the Additional Advocate General for the states of Punjab and Haryana provides him an edge in defending clients, as he is closely acquainted with the functioning of the
Government departments and the investigating agencies. He has argued over 5000 cases across the country and his experience allows him to help clients assess, identify, and mitigate compliance and regulatory risks.

Presently, he is also the Special Public Prosecutor for Central Bureau of Investigation (CBI) and the Special Counsel for Directorate of Enforcement (ED) in certain highly sensitive and high-profile matters.

One of the youngest lawyers to be appointed as Additional Advocate General (Haryana and Punjab), DP was invited by the office of the Attorney General of the State of California during his tenure to work on cyber-crime policy initiatives. He was felicitated by the California State Senate for his contributions to
these initiatives. In 2007, DP demitted the office of the Additional Advocate General to focus on his private practice.

DP has served as the expert member of the sub-committee under the Inter-Ministerial Working Group on Cyber Law and Cyber Forensics. The Information Age Crimes Act, 2002, a draft Act on cybercrimes drawn up by him, was accepted by the Government of India, and in the absence of a comprehensive legislation on this subject, continues to be used as a reference document to date. He has also contributed towards several other draft policies and legislation, including the Real Estate (Regulation and Development) Act, 2016.

Bharucha & Partners handles complex commercial disputes and is recommended for its expertise in construction, real estate, and environmental litigation. Overseen by MP Bharucha in Mumbai, with further offices in New Delhi and Bengaluru, the team represents both domestic and international companies. In a current matter, Sneha Jasingh is acting for the founder of the Avantha Group, one of India’s largest conglomerates, in a case before the Securities and Exchange Board of India. DP Singh is also a key contact, as is Sonam Gupta, who is the name to note for insolvency and bankruptcy-related cases. The group expanded in March 2021 with the arrival of Shreya Sircar, who joined from Shardul Amarchand Mangaldas & Co.