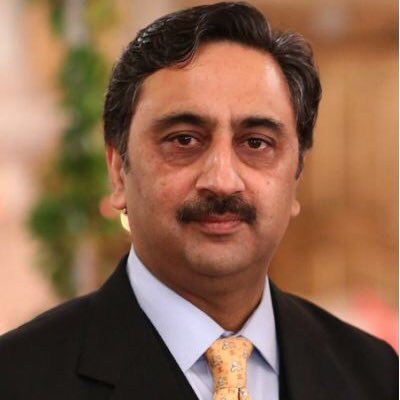 Mr. Soofi is the Founding Partner of ABS & Co. He served as the Federal Minister for Law, Justice & Parliamentary Affairs in 2013 as part of the interim government. His areas of practice include commercial litigation, constitutional litigation, public and private international law.

Mr. Soofi has represented and advised Pakistan before international courts including the ICC & ICSID, US District Courts, UK commercial courts. He was also appointed as Pakistan’s co-agent before the International Court of Justice in Republic of Marshall Island’s (RMI) case and achieved the only victory for Pakistan in ICJ. He regularly appears before the Supreme Court, the High Courts and other arbitral bodies and forums.

He has been consistently ranked as one of the Leading Individuals in Dispute Resolution by Chambers and Legal 500. He is “highlighted for his long-standing experience in advising on public law, as well as international arbitrations” and is praised for being a “true professional with legal acumen and strength in drafting”. In July 2021, he was appointed as a member to the International Court of Arbitration by the International Chamber of Commerce (ICC).

He is also the founding President of Research Society of International Law that has contributed to development of international law in Pakistan. Mr. Soofi was a Member of Panel of Eminent Persons of OIC. He also remained  Chairman of the UN Advisory Committee in Geneva contributing to several detailed UN Reports.

ABS & Co. advises on all aspects of employment law in both the public and private sectors. It is skilled at representing clients on a variety of contentious and non-contentious employment issues such as disputes relating to wages, industrial action and issues concerning employee benefits. Other strengths lie in assisting with the drafting of labour and HR policies and advising on other issues such as salary, holiday entitlements and insurance. Ahmer Bilal Soofi  and Imran Ahmed Malik head the department.

ABS & Co. fields a team that is best-known for its experience in commercial and constitutional litigation in the High Court and the Supreme Court. It also has a strong arbitration practice and it has been growing its white-collar crime offering. Another area of expertise is advising on employment and labour disputes, as well as tax litigation. Ahmer Bilal Soofi  is a key member of the practice along with Salman Hanif Rajput; associate Bakhtawar Bilal Soofi who is based in Lahore is increasingly acting in some major constitutional cases.