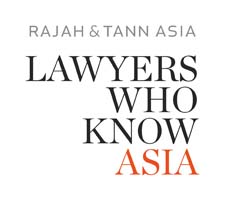 Annalisa is a projects and finance lawyer with over 20 years of experience in energy and infrastructure development across Asia.

Annalisa has advised on private sector and public sector infrastructure projects in the Philippines and other countries in Asia, acting on behalf of project sponsors, commercial lenders, and an international financial institution. She specialises in energy, having started her legal career assisting and advising foreign and local companies in the implementation of independent power projects in the Philippines.

Her experience in Central and West Asia also grew to include other infrastructure projects, particularly in transport, water supply and sanitation, urban development, and natural resources.

Integrated Bar of the Philippines

Gatmaytan Yap Patacsil Gutierrez & Protacio (C&G Law)‘s projects, infrastructure and energy practice is one of its most active, advising a diverse number of both public and private companies. The team, lead by Ben Dominic R. Yap and Jaime Renato B. Gatmaytan has handled a variety of infrastructure projects ranging from liquified natural gas terminals to seaports and toll roads. Especially highly regarded in the energy sector, the firm has acted as counsel for many of the largest power generation companies operating in the Philippines such as the Aboitiz group of companies and the Lopez group of companies. The firm is representing the Aboitiz group of companies, amongst others, in proceedings before the Supreme Court regarding the validity of certain laws and regulations relating to electricity spot charges in which Ben Dominic R. Yap is one of lead partners on the matter. Annalisa J. Carlota specialises in energy, having started her legal career assisting and advising foreign and local companies in the implementation of independent power projects in the Philippines.