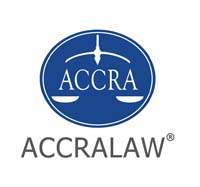 Mr. Navato specializes in investments, energy law, mergers and acquisitions, leases privatization, and banking and finance. He has advised clients in establishing branch offices, representative offices, and subsidiaries in the Philippines, as well as registering foreign clients’ investments with the Bangko Sentral ng Pilipinas. He has also assisted numerous foreign clients register with the Philippine Economic Zone Authority (PEZA) to avail of certain economic incentives. He has helped various US clients establish their BPO facilities in the Philippines by establishing their Philippine subsidiaries or branch offices, registering them with the PEZA, and negotiating their contracts of lease for the site of such facilities.

Mr. Navato has advised clients in the acquisition of various power generation facilities in the Philippines, as well as the assets relating to the nationwide transmission system of the National Power Corporation. He has also advised both borrowers and lenders in loan agreements and the accompanying security arrangements.

He has handled significant transactions where he:

Mr. Navato wrote a number of legal articles, including:

He was also recognized as a “Leading Lawyer,” and was recommended for the practice areas of Corporate and M&A in the Asia Pacific Legal 500 for 2020.