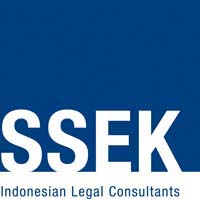 Ira A. Eddymurthy is a founding partner of SSEK Legal Consultants and one of Indonesia’s most experienced and highly regarded lawyers. She has more than three decades of experience advising multinationals and domestic companies on Indonesia’s complex regulatory environment. Ira specializes in corporate law and mergers and acquisitions, capital markets, banking law, finance, including project finance, insurance law, and tax law.

Ira has been named to The Legal 500 Hall of Fame for banking and finance in recognition of her years of continued excellence and constant praise from clients and colleagues. The Legal 500 also names her a leading practitioner for capital markets and corporate law and M&A

Ira is included in IFLR1000 Women Leaders 2020, which recognizes the leading female transactional lawyers in the world who are consistently recommended by clients and peers for the quality of their advice and service.

Chambers & Partners and Asialaw recognize Ira as a leading lawyer in Indonesia for corporate law and mergers and acquisitions. She has been named by Who’s Who Legal as a leading practitioner in Indonesia for banking, energy, mergers and acquisitions, and project finance, and is included in the Asia Business Law Journal A-List of Indonesia’s top 100 lawyers.

Ira was a featured speaker at the 2017 US-Indonesia Women’s CEO Summit in Washington, DC, which brought together C-Suite women from Indonesia and the United States for a “series of lively, open, and uniquely personal conversations on how they did it, how they do it and how they are planning for the future.” Ira was named Woman Lawyer of the Year at the 2017 Asian Legal Business Indonesia Law Awards.

Ira is a regular participant and speaker at Inter-Pacific Bar Association conferences, and represented the Indonesian jurisdiction of this body from 2002 to 2008. She is licensed as an advocate and Indonesian capital markets legal consultant.

Ira graduated from the University of Indonesia Faculty of Law in 1984, was a visiting scholar at the University of California, Berkeley (Boalt Hall) School of Law from 1990 to 1991, and attended the Academy of American and International Law in Dallas, Texas, in 1991.

are the key names to note.