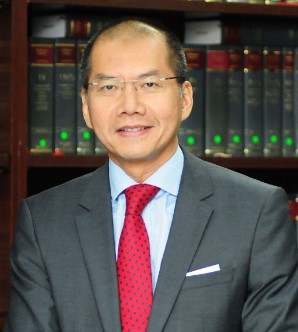 JAL OTHMAN is a partner in the corporate and commercial law practice group in Shook Lin & Bok, one of the oldest and largest law firm in Malaysia.

Jal works with a team of approximately 20 lawyers advising on corporate and commercial deals, both for onshore and cross border clients. His portfolio of work includes advising on a wide range of corporate mergers and acquisitions, business disposal plans, internal company restructuring and joint ventures and other commercial collaborations.

Jal’s involvement in the banking and finance practice group of the Firm provides a firm footing in corporate finance and this effectively complements his work in the corporate department.

Jal is also very much involved in public sector advisory work and has dealings with several governmental ministries, departments and agencies. These include the following:
– Ministry of Finance
– Ministry of Higher Education
– Economic Planning Unit
– The Prime Minister’s Office
– The Public Private Partnership Unit in the Prime Minister’s Department (“UKAS”).
– Securities Commission
– Central Bank of Malaysia

Consistent with the Firm’s policy of driving a global presence, Jal has participated on various international platforms as a speaker, moderator, panelist and commentator. These include conferences, workshops and forums in Australia, China, Hong Kong, Indonesia, Egypt and Singapore.

Jal is also active in the Malaysian corporate scene, holding directorship position in a subsidiary of an international financial institution.

As part of the Firm’s holistic participation in the industry, Jal is a member of the technical committee of the Malaysia Accounting Standards Board (“MASB”), the standards setting body for the accounting profession and the Malaysian Institute of Accountants (“MIA”).

On the academia front, Jal is a member of the Senate of INCEIF University.

After graduating from Queen Mary & Westfield College of the University of London and after completing the Malaysian Bar examinations, Jal commenced his pupilage in Shook Lin & Bok and continued his employment with the Firm, culminating in his admission as a partner in 2001. He continued his progression within the Firm with his elevation as a senior partner of the Firm in 2004.

Jal's team of lawyers, as with Shook Lin & Bok as a firm is equipped to address any queries in a multiple languages including English, Malay, Mandarin and Tamil

Member of the Malaysian Bar.

Shook Lin & Bok has a large banking and finance team, covering both conventional and Islamic finance. It is also highly rated for debt restructurings and refinancings. Hoh Kiat Ching is a key member of the team, in both conventional and Islamic Finance, while Jalalullail Othman is another prominent practitioner in the market, operating across corporate transactions and financings. Khong Mei Lin heads the loans and debt restructuring team.