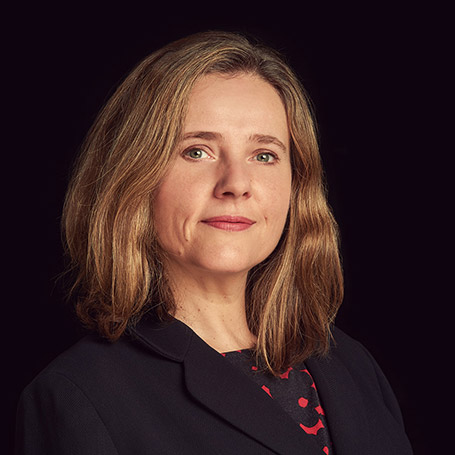 Claire is a partner at Carter-Ruck and has over 20 years’ experience as a High Court litigator. Claire’s practice focuses on defamation and privacy, in addition to data protection and protection from harassment. Claire also undertakes complex High Court commercial litigation, including claims for professional negligence and financial mis-selling.

MEDIA
Claire recently led the ground-breaking litigation against Google which established the so-called ‘Right to Be Forgotten’ in England and Wales. The court ordered Google to delist results about a man’s past conviction from searches against his name, upholding his claim for breach of data protection rights and misuse of private information. The case addressed what the judge called ‘novel questions which have never yet been considered in this court.’ For this, Claire was named ‘Lawyer of the Week’ in The Times newspaper.

Claire has worked on a wide variety of cases, including complex libel litigation to trial and in the appellate courts (for example Berezovsky v Fridman, in which a jury awarded Mr Berezovsky £50,000 in damages and Berezovsky v Terluk (in which Mr Berezovsky was awarded £150,000 in libel damages), defending a Twitter libel, and numerous claims against various national newspapers and broadcasters. Recently, Claire acted for Impresa Publishing SA, a leading Portuguese publisher defending a libel claim brought by a Portuguese-Angolan national whose claim was struck out as an abuse of process.

Claire’s clients include politicians, celebrities, business people, professionals and academics. She likes to work with her clients to find practical solutions to their problems. She has considerable experience in reputation management, providing urgent trouble-shooting advice pre-publication or pre-broadcast and, often working alongside PR advisors, she gives discreet advice to companies and high-profile individuals on how to deal with unwanted media scrutiny generally.

Claire maintains a broad media practice extending to advice on passing off and trade mark infringement and regularly gives lectures and conducts seminars on the subject of defamation and privacy and reputation management.

COMMERCIAL
Claire has acted on behalf of a large number of individuals and businesses against banks relating to the mis-selling of derivative products. In 2014, she acted for a company in liquidation in a claim for professional negligence against the company’s former solicitors, which resulted in a payment in damages of £10m.

Claire is a member of the business advisory board of the School of Business and Law at the University of East London.

Working to the ‘very highest standards across the board’, the team at Carter-Ruck assists high-profile clients facing the publication of untrue or intrusive allegations in traditional media, TV, radio, and social media platforms. The team supports a number of political figures, celebrities, and multinational companies, working closely with clients’ in-house PR teams to advise them on the full range of political rights regarding defamation and privacy. ‘Master strategist’ Nigel Tait

heads up the practice with a formidable record of securing front page apologies by major newspapers and injunctions on defamatory publications. Specialist media litigator Adam Tudor

regularly handles complex pre-publication matters alongside senior associate Helena Shipman, while Persephone Bridgman Baker advises clients on the misuse of private information and harassment. Rebecca Toman expertly handles both claimant and defendant work for UHNWIs and HNWIs, and commercial litigator Claire Gill has considerable expertise with GDPR and the Right to be Forgotten. Senior associate Mathilde Groppo is also recommended.