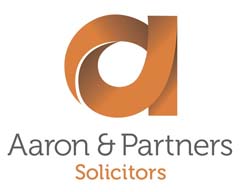 James specialises in the resolution of disputes involving Wills, Trusts and Estates. He has particular expertise in dealing with challenges to wills, often on grounds of lack of testamentary capacity, undue influence or fraud. He also represents individuals and estates in respect of claims under the Inheritance (Provision for Family and Dependents) Act 1975.

James uses a creative and collaborative approach to finding common ground between parties involved in estate disputes and where possible seeks to find a satisfactory resolution without having to involve the courts. Where the involvement of the court is required, he advises clients as to the most appropriate method of achieving their objective as quickly and as cost effectively as possible. He has a network of highly specialist mediators and barristers practising in this area and is able to draw on their additional expertise as and when required. With his in depth knowledge of tax law, James is also able to structure settlements in a tax efficient manner for the benefit of all parties involved.

James also advises high net worth individuals with regards to tax and estate planning, wills and powers of attorney.

James is a member of ACTAPS (The Association of Contentious Trust and Probate Specialists).

James is a fully qualified member of STEP (Society of Estate & Trust Practitioners).

Aaron & Partners LLP  deals with high-value estate and tax planning, as well as contested wills, trusts, and estates matters, with particular experience advising on business and farming assets. Based in Chester, practice head Clive Pointon frequently advises on multi-jurisdictional matters such as the production of Spanish wills, as well as inheritance tax issues and charitable trust administration. James Wallace is a key contact regarding wills, estates, and trusts dispute resolution. Rowena Ridgway is also recommended.