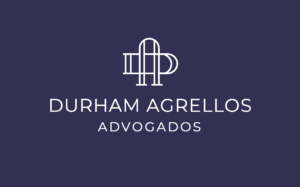 Miguel has a law degree from the Catholic University of Portugal (Porto, 1998), a Postgraduate degree in Management from the same University (Porto, 1999) and a Postgraduate degree in Tax Law from the Business & Economics School (Lisbon, 2003).
He has been active in the legal industry in tax advisory for more than 22 years. Miguel is based in Portugal, dividing his time between the two major cities – Lisbon and Porto. He also advises overseas clients on a regular basis.
Before creating Durham Agrellos, for almost 14 years Miguel headed the Oporto Tax and Private Client department of an international law ﬁrm. Previously he worked as an Associate with a major Portuguese law ﬁrm, Vasconcelos, F. Sá Carneiro, Fontes & Associados and worked as a Tax Consultant to Jerónimo Martins Group, the major and most successful Portuguese retail group with relevant operational activity in Portugal and abroad, namely in Eastern Europe and Central America.
Miguel focuses on wealth management, international tax and inheritance planning, corporate restructuring and tax litigation and arbitration.
Miguel has a wealth of experience in advising family-owned groups, in particular exporting companies, ultra and high-net-worth individuals and families, and banks with private banking operations, family ofﬁces and asset managers. He frequently advises multinational groups operating in Portugal.
Miguel is a tax arbitrator of the Portuguese Administrative and Tax Arbitration Centre and lectured at the Porto Business School of the Catholic University of Portugal. He frequently writes articles on tax issues and regularly speaks at conferences.