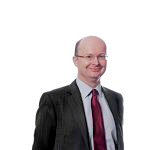 Andrew possesses substantial expertise and experience in chancery work and commercial litigation and his expertise has been recognised by the main directories for many years. He has particular expertise in company law matters, including non-contentious transactional and drafting work and also regularly undertakes heavy-weight financial services work relating to derivatives and other complex financial products. He has substantial experience in professional liability work, including in particular claims involving solicitors, accountants, auditors and tax advisers, financial services professionals and surveyors and valuers. Andrew also practices in the field of trusts and wills and probate, where he acts in substantial trusts and probate disputes. Andrew’s previous experience as a corporate solicitor at Freshfields in London informs his understanding of complex transactions and financial information, and his expertise in non-contentious advisory and drafting work.

Some French and Japanese.

Andrew Charman – St Philips Chambers ‘His focus on the relevant issues and knowledge of his briefs bring clarity to complex cases.’

Andrew Charman – St Philips Chambers ‘Both his drafting and his advocacy are of the highest order.’

St Philips Chambers has members instructed on a range of Chancery matters, including Inheritance Act 1975 claims and trust disputes, an area in which John Randall QC, Mark Grant, and John Brennan are highly recommended. Andrew Charman represented three siblings in an inheritance dispute arising from an agricultural estate, securing the removal of the fourth sibling as an executor, and then in a subsequent action after a failure to give up possession of the land in question.

Birmingham and Leeds-based, multidisciplinary set St Philips Chambers is strong across the full range of criminal, employment, family, personal injury, and commercial disputes, to name but a few. In recent news, the former chair of the Bar, Richard Atkins QC, has been appointed Head of Chambers, taking over the post formerly held by Andrew Smith QC. Also of note, Andrew Charman, Tom Walkling , Ben Williams, and Jack Redmond have all been appointed Recorders deployed to the Midlands Circuit and they will sit in their respective practice areas of civil, crime, and family. Finally, the set’s employment law team has expanded following the arrival of Julie Duane.