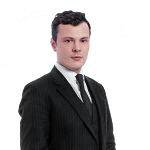 Jonathan is a specialist criminal practitioner. He has established a practice far beyond his year of call. A confident and persuasive trial advocate, Jonathan is instructed to defend in cases involving allegations of serious criminal conduct. His practice covers the full spectrum of criminal offences, from serious violence to complex frauds, and includes regulatory crime. He is fully conversant in the law relating to proceeds of crime including confiscation, restraint and cash forfeiture. Aside from defending, Jonathan prosecutes, either on his own or in very complicated cases as a led junior, for the Crown Prosecution Service, including the complex case work unit division, and other prosecuting authorities. Jonathan read law at University College London. He was awarded the prestigious Queen Mother Scholarship from the Middle Temple. While at Bar School he won an award for his advocacy.

Jonathan Barker – St Philips Chambers ‘ I have come to admire Jonathan’s work ethic, enthusiasm and determination to provide the absolute best representation for his clients. Jonathan works tirelessly on behalf of his clients and unsurprisingly has achieved excellent outcomes for them over the years. ’

Kevin Hegarty QC  leads the crime group at St Philips Chambers, which is praised for ‘enormous depth’ in its criminal practice.  He recently prosecuted two metal detectorists for the theft of a Viking hoard worth £3m which they extracted without consent of the land owner and, without notifying the relevant authorities, sold on the black market. Jonathan Barker prosecuted a man who was convicted on fourteen counts, including of buggery and rape, concerning the sexual abuse of his niece in in the 1980s. Chambers is also home to Richard Atkins QC, chair of the Bar in 2019 – he is joined in the set’s silk ranks by  Lee Marklew QC, who was appointed in the 2021 round.