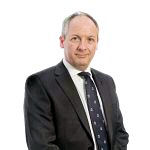 Simon specialises in prosecuting and defending complex and serious cases. He has been instructed in complex fraud, money laundering, company director disqualification and insolvency cases. He is on the approved list of counsel at the International Criminal Court (the ICC), the International Criminal Tribunal for the Former Yugoslavia (the ICTY) and the Special Tribunal for Lebanon (the STL). Since May 2009, he has been actively involved in the defence and appeal of Vinko Pandurevic (co-counsel) on charges of, inter alia, genocide and conspiracy to commit genocide before the ICTY. In addition, he has prosecuted on behalf of the SFO, BIS, HMRC, CPS (Grade 4 prosecutor) and CPS CCU. In serious crime, he has significant experience defending and prosecuting murder, manslaughter, violence, drug importation and serious sexual offences. In regulatory work, he has conducted many trademark and copyright cases and has represented the author of ‘Northern Soul Top 500’ (Kevin Roberts) in respect of alleged counterfeit black vinyl. His current cases involve a travel agent for alleged breaches of ATOL and IATA regulations; a defendant charged with conspiracy to cheat in respect of a CIS fraud; a defendant charged with people trafficking. Simon has considerable experience of appearing before various types of tribunal. He presents seminars and teaches advocacy on a regular basis. In addition, he is computer literate with experience of ‘Livenote’, ‘Ringtail’ and ‘Ecourt’ systems.