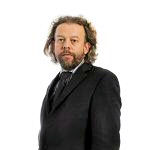 Robin undertook pupillage at Number 1 Serjeants’ Inn, London and began practice at Priory Chambers, Birmingham, in 1992. As such, he was a founder member of St Philips Chambers. Robin practises exclusively in family law. He has a busy and varied practice. He represents parties in public and private law Children Act proceedings, matrimonial finance and cohabitation disputes. He is fluent in Welsh and has a working knowledge of French. He has lectured extensively at family law seminars and conferences.