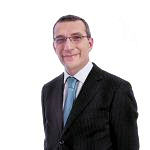 James specialises in government litigation, particularly in the fields of tax and health and safety law. He has developed a busy practice of high-quality work and provides an expertise in indirect tax litigation, which is almost unique in the Midlands. His practice takes him across the UK and encompasses work in Scotland and Northern Ireland. He is regularly instructed in appeals to the Upper Tribunal and Higher Courts, as well as public law cases that involve his areas of expertise. James has extensive experience over more than 10 years of the most serious Health and Safety prosecutions. He appears regularly in the Crown Court in fatal accident cases and those involving risks to the public at large. In the last three years, he has twice been instructed in the prosecution of cases concerning Legionella control and risks, which involved the analysis and presentation to a jury of detailed expert evidence (eg R v Eaton Limited). In 2009, James was instructed in the trial of two lifeguards for failing to discharge their responsibilities whilst on duty at a public pool where a swimmer died (R v Leek and Cotterill). He is currently briefed in a similar case. In 2012, James prosecuted a local authority and its contractor in respect of an asbestos discharge in a primary school classroom (R v Staffordshire County Council and others). Other recent prosecutions involve product safety provisions (R v McHale Engineering Ltd), gas safety (R v Hickling), and workplace transport (R v Palletways UK Ltd). James is very experienced in Crown Court advocacy, having begun his practice in criminal law and been a member of the Attorney-General’s Panel of prosecution advocates for many years prior to the creation of the new unified list of specialist regulatory advocates. James Puzey has established a significant profile and reputation in the field of indirect tax litigation over the last 15 years. Many of his cases have involved new or challenging points of law, which have been reported and relied upon subsequently. His practice encompasses VAT, Customs and Excise duties from the Tax Tribunal (Upper and Lower) to the High Court and Court of Appeal. There are few significant areas of litigation before the Tribunal in that time which he has not been involved in. In 2003, he was instructed in the case of Gascoyne v Customs and Excise Commissioners [2004] EWCA Civ 771, which concerned the jurisdiction of the Tribunal over the seizure of motor vehicles and goods. He appeared thereafter in a succession of High Court cases on this subject and in 2012 was Counsel for the Revenue in First Stop Wholesale Ltd v HMRC [2012] EWHC (Admin) 2975), which concerned the public law responsibilities of the Revenue when seizing goods. In Ali (t/a Vakas Balti) v HMRC [2006] EWCA Civ 1572 James appeared in the successful defence of an appeal concerning the time limits for VAT assessments. Since the appeals of mobile phone traders have started to come before the Tax Tribunal, James has appeared in many such cases including POWA (Jersey) Ltd v HMRC [2012] UKUT 83, an important decision on the application of the Court of Appeal authority of Mobilx Ltd and others v HMRC [2010] EWCA Civ 517. James was instructed as first junior in one of the largest MTIC Scheme cases to come to Tribunal, ‘The Klick Scheme’. James is currently instructed by HMRC in a number of appeals by motor traders in historic “Fleming” appeals and appeared as junior counsel in Bristol Street Group plc v HMRC in 2010. In 2012, he was involved as a leading junior in the case of General Motors UK v HMRC.

James Puzey –St Philips Chambers ‘Jim is an impressive barrister. He has an excellent and calm manner with clients. He always ensures that the lay client fully understands the basis for his advice. He is a team player and works excellently with solicitors and barristers alike. His advocacy in court is thoroughly prepared and well presented.’

The St Philips Chambers regulatory team of ‘highly effective advocates both at trial and on appeal’ has ‘strength in depth covering all major fields of regulatory activity’. Ben Mills garners praise for ‘attention to detail and meticulous preparation’ and successfully prosecuted a defendant who posed as a travel agent and defrauded more than 300 elderly people. Health and safety matters specialist James Puzey regularly handles fatal accident cases, and Jonathan Barker is described as ‘an excellent communicator’.