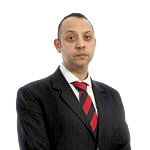 Bruce has an extensive practice specialising in employment law. He represents both claimants and respondents in equal measure and is instructed from a variety of sources, including individuals, small undertakings, regional and nationwide companies, trade unions and the public sector extending to universities, local authorities, and solicitors practices. He regularly appears in the Employment Tribunal, on matters ranging from application hearings to multi day, multi party, complex cases, and he has appeared in the Employment Appeal Tribunal on numerous matters also. In recent years a number of his EAT cases have been reported. In addition to representation in tribunals Bruce undertakes both advisory and drafting work. He has drafted and advised on a number of compromise agreements, service agreements and commercial agency agreements and has been involved in the negotiation on a direct access basis of terms of settlement on the termination of employment. Bruce has also represented parties in employment mediations, both judicial and nonjudicial. Bruce is accredited to take instructions on a direct access basis and is happy to do so where cases are suitable for instruction on this basis. Recently he has seen significant growth in his direct access instructions. Widely experienced in all areas of employment law, including: unfair and wrongful dismissal; TUPE; breach of contract; restrictive covenants; working time regulations; victimisation; redundancy (individual and collective); all types of discrimination, including: sex, race, pregnancy, sexual orientation, religion or belief, age, and disability.

Bruce Frew – St Philips Chambers ‘He is always well-prepared, puts clients at ease and has an ability to explain complicated issues in clear and straightforward terms. He has an air of confidence in the tribunal.’