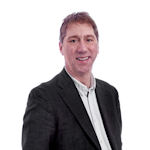 Peter has practised as a criminal courts advocate throughout his career. Domestically, he has appeared for both the prosecution and defence in homicide cases, cases of serious sexual offending and acquisitive crimes, including fraud. Internationally Peter has defended the most serious war crimes cases tried since the Second World War. In the process he has mastered the management of cases of the utmost gravity, complexity and size. He is familiar with the hardware and software employed in cases of real complexity, including LiveNote, CaseMap, and RingTail. He has overseen the management of large multi-disciplinary legal teams, including experts in several fields. Cases include Prosecutor v Popovic et al (2006-2009), ICTY, The Hague which was the single biggest criminal trial since the Second World War, concerning the alleged genocide of 7-8,000 Bosnian Muslims at Srebrenica in 1995. The trial lasted over three years and involved approximately 300 live witnesses, 10,000 exhibits, and a trial transcript which exceeded 35,000 pages. Peter defended a general who commanded the Brigade in whose ‘Zone of Responsibility’ the majority of the murders were committed. He was charged with genocide and crimes against humanity, both as an individual and as a commander. Peter was lead counsel and managed a multi-national, multi-disciplinary legal team. The defence included disputes over the evidence of forensic archaeologists, anthropologists, pathologists, demographers and DNA experts, as well as significant amounts of expert military evidence. Peter’s client gave evidence in his own defence and spent almost three months in the witness box.