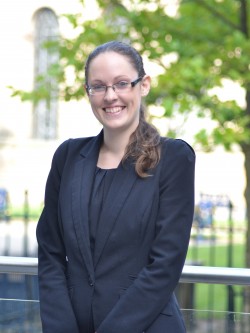 Emma joined chambers following the successful completion of her pupillage and accepts instructions in all practice areas, with a particular interest in family. Commercial, property and private client: Emma is happy to accept instructions in all areas. She is frequently instructed to conduct trials on both the small claim and fast tracks and has appeared in the County Court and High Court in insolvency matters. Crime: Emma regularly appears in the Magistrates Court, both prosecuting and defending at first appearance and trial. Emma has represented in a variety of offences, including benefit fraud and animal welfare. She has experience of defending in the Youth Court. Emma has appeared in the Crown Court in breach prosecutions and a variety of pre-trial matters. Family: Emma has a particular interest in family, having spent her pupillage under the supervision of a children law practitioner. Emma accepts instructions in both children and finance. During her secondment to the children department of a local authority, Emma acted in a variety of matters including interim care and emergency protection hearings, wardship, and child arrangement orders in which the local authority had become involved. Personal injury: Emma appears regularly in the County Court at both interim and final hearings. She acts in a range of personal injury matters, including slip and trip and road traffic accidents. Emma has experience of advising on quantum in respect of infant approval hearings.