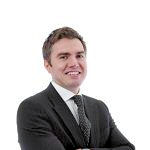 Joseph joined chambers as a tenant in October 2011 following the successful completion of his predominantly civil and commercial pupillage primarily under the supervision of David Warner. Joseph accepts instructions in a wide variety of civil work and has appeared in the Birmingham District Registry and the Technology and Construction Court. Joseph is regularly instructed to protect the interests of major insurance firms in cases where indemnity is reserved or withheld as a result of fraud being suspected or alleged. He provides sensible and practical advice to professional clients, both in conference and in writing. He is also regularly instructed to prosecute regulatory offences, including offences of unlicensed money lending under the Consumer Credit Act 1974. Joseph has recently benefitted from being led by a senior member of chambers in a high value VAT appeal in the First Tier Tribunal (Tax Chamber) in London, a case which involved complex expert evidence in the field of macro-economic theory within the specific context of the motor industry. Joseph demonstrated an ability to engage critically with complicated theoretical arguments without losing sight of the legal, factual and economic realities of the case. Joseph regularly appears in both the Magistrates’ Court and the Crown Court and has defended a variety of offences, including driving offences. He acted for the defendant in a sexual assault trial in the Youth Court involving a vulnerable witness giving evidence by live video link. Joseph is increasingly instructed by local authorities to prosecute benefit fraud and related offences, and has drafted criminal paperwork in this area. Together with two senior members of the regulatory team, in November 2011 Joseph delivered training to HMRC officers on their powers of seizure under CEMA. He also assisted with the delivery of health and safety training during his pupillage. Joseph has conducted taxi licensing appeals in the Crown Court, and has advised on related offences and offences concerned with houses of multiple occupation. Joseph regularly appears in both the Family Proceedings Court and County Court on a wide variety of family matters, covering both public and private law. Joseph accepts instructions in all areas of chambers expertise.