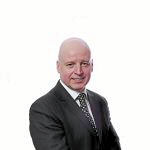 David has a practice broadly based, so far as the commercial world is concerned, in the Chancery Division. This includes company and business association disputes with (usually) fairly complex contractual or equitable considerations. Often involved are allegations of breach of fiduciary duty and trust, and the tracing and recovery of assets. The use of interim injunctions in all of their guises features regularly, as well as other interim steps leading to a trial. As a trial advocate, David is a confident, and if it calls for it, combative operator who is known for his thorough preparation. He is however someone who always puts the client first, and if this means negotiation and settlement strategies, his experience as an accredited mediator counts. David has now been practising from Birmingham for 25 years, although his practice spans geographically from the North (he is part of the St Philips presence in Leeds) to the South and London for some trial and appeal court work. He was the first barrister in Birmingham with a computer on his desk (an attempt to prove he is up to date but giving too much indication of his age perhaps), and he was the first with a 100% chancery and commercial practice. So much has changed and continues to change, that David’s flexibility in approach has always kept him towards the forefront of developments. David’s guiding principle is whether value can be added at a particular stage of a case by the instruction of a barrister, rather than be hamstrung by the traditional light touch in the early stages, then heavy reliance as a trial appears. He will consider ‘no win no fee’ and he is able to take, in appropriate cases, direct instructions.