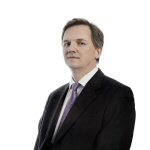 James was a scholarship winner at King Edward’s School, Edgbaston and a prize-winning undergraduate at Wadham College, Oxford University, where he gained an MA in oriental studies, a component of which was the study of lslamic jurisprudence. He has a powerful working knowledge of both Arabic and French. After a period as an editor of a number of bilingual Arabic/English trade magazines he gained a commendation in the common professional examination at Birmingham University and was called to Gray’s Inn in 1995. Since then he has practised at the Birmingham Bar and in his early years gained considerable experience in common law contract and tort, as well as construction and insolvency litigation, alongside the criminal work in which he now specialises. He has experience of judicial review and conducting jury trials in civil proceedings.