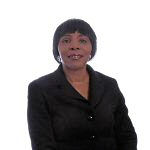 Blondel has been a practising barrister for over 20 years specialising in crime and sports law. She prosecutes and defends a variety of cases from murder and manslaughter to offences under the Theft Act. In a recent case, she defended one of four defendants facing an indictment containing 51 counts of historical rape, buggery and indecent assault (R v Clarke). In May 2013, Blondel was placed on the special tribunal for Lebanon list of victims’ counsel, and in 2015 she was admitted to the International Criminal Court list of counsel in The Hague. In 1998 Blondel became a panel member for the Disciplinary Tribunals of UK Athletics. She was appointed as chairwoman in 2001 for The Football Association Appeals Board, which was extended in 2005 by Sports Resolution to other areas such as swimming, anti-doping, child protection, the illegibility appeal involving Sports Council recognition of a sport, and tapping up. In 2010, she was appointed as arbitrator for the Court of Arbitration for Sport, (based in Lausanne, Switzerland). In 2014, she was appointed to the Ad Hoc Division of the Court of Arbitration for Sport (CAS) as an arbitrator judge to cover the XX Commonwealth Games in Glasgow, and she was also appointed as a Specialist Member of the National Anti-Doping Panel. She is also a panel member for the Inns of Court from which Disciplinary Tribunals of the Bar are drawn.