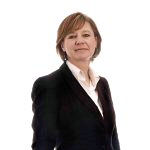 Sarah began her career in Birmingham and remained there until she left chambers for the south east at the end of 2006. She returned to St Philips in 2010. She has practised family law in all its forms throughout her career, and exclusively since 2002. Sarah undertakes public law children work for parents, guardians and local authorities at all court levels. Sarah has recent experience of representing parents in the High Court involving in serious and long term inter-familial and multigenerational sexual abuse; factitious and induced injury and female genital mutilation (‘FGM’). Sarah undertakes all forms of private law children applications, including the more complicated matters involving r.9.5 guardians. Sarah has broad experience in matrimonial finance including setting aside dispositions, Inheritance Act provision and provision for children under Schedule 1 of the Children Act.