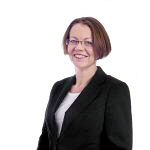 Jane obtained a 2(1) BSc Honours degree in Pharmacology/Psychology from the University of Manchester before qualifying as a solicitor in private practice. Having obtained substantial experience both with the Crown Prosecution Service and in private practice she was called to the Bar in 2000. Between 1998 and 2007 Jane sat as an assistant deputy coroner for the West Midlands (Coventry). Since that date she initially widened her areas of expertise, but in more recent times, and in order to specialise she restricts her area of work to that falling into the criminal, public and regulatory areas. Jane is an experienced criminal practitioner with a varied and extensive practice. Her areas of expertise are in crime and regulatory work. She is Grade 4 prosecutor. Crime: Jane regularly undertakes work of the most serious in nature including murder, firearm offences, drugs offences, sexual offences and fraud. Due to her communication skills and the ability to develop a rapport with her clients, she is often instructed where the victim or the accused are known to be particularly vulnerable, but this does not detract from her ability to present a robust case on behalf of her client. Jane’s practice includes prosecuting and defending serious drugs and fraud cases often involving the analysis of phone records, accounts, bank accounts and other documentation not only in preparation for the trial but also for the purposes of any confiscation hearings. She has a wealth of experience in applications pursuant to the Proceeds of Crime Act 2002. Regulatory work: inquest work is an area of expertise which Jane particularly enjoys. She has dealt with a wide range of inquests involving complex medical, scientific and reconstruction evidence, often instructed by insurance companies, local councils and public bodies. She is listed as approved council for the Royal College of Nurses.