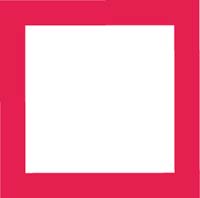 She has extensive experience in leadership and development of negotiation and contracting processes in the private sector, with emphasis on the areas of entertainment, advertising and new technologies.

She actively participated in the structuring of co-productions and distribution agreements for audiovisual products between Sony Pictures Television International, RCN Televisión S.A. and Teleset S.A.S. and led the contracting processes of Teleset S.A.S. in Colombia and Mexico, for the acquisition of rights related both to the production of audiovisual works, and to all aspects of pre-production, production and post-production thereof.

Additionally, she provides legal advice on the acquisition of content rights to be adapted to television and new media.

BBGS Abogados‘ IP practice ‘provides a completely personalised service to the needs of each client‘, say sources. The full-service department combines standalone offerings in industrial property as well as advertising, entertainment and audio-visual production, which ensures that it packs a punch in entertainment-related matters. Indeed, one client attests, ‘I don’t know of another law firm that is as informed about production and television’. Key names include Felipe Rubio, who specialises in copyright and trade mark rights; and Myriam Montenegro, who is highly regarded for her expertise in audio-visual production, cinematography, television and commercial law. The group also benefits from the experience of dispute resolution head Lorenzo Pizarro. Associate Diana Vigoya left the firm in March 2022.

BBGS Abogados is recognised for its prominent offerings in the television and digital media spheres, where it provides ongoing advice to major players such as Amazon Studios and Sony Pictures Television International. Other core areas of activity include advertising, promotions, gaming, software rights and data protection. Myriam Montenegro has strong expertise in matters related to audio-visual productions; she co-heads the department alongside IP partner Felipe Rubio, and Luis Felipe Barrios, who is well versed in the media, entertainment, technology and communications sectors.