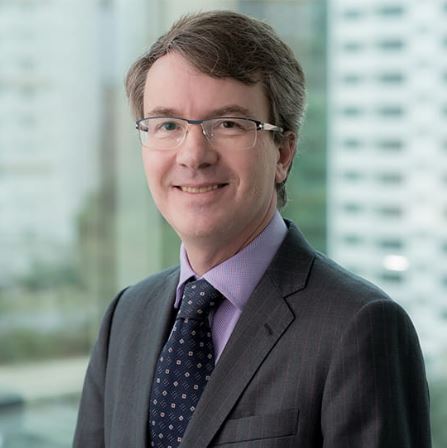 Timothy Hill is head of the Projects, Engineering, and Construction practice of Hogan Lovells in Asia. He is based in Hong Kong, where he has lived for over 30 years. Tim has vast experience in relation to advisory work in the construction industry and construction disputes. During the course of practice, Tim has considered most of the issues that commonly arise in the industry. He is currently engaged in advising a variety of clients across the Asia-Pacific region on civil engineering, process, and building projects. In resolving matters, Tim has undertaken a considerable amount of arbitration and litigation as well as a variety of forms of alternative dispute resolution. Tim is a practicing arbitrator and has written and spoken widely on topics relating to construction industry and dispute resolution.

Trained at Simpson Curtis; and became partner at Hogan Lovells in 1998.

Hogan Lovells is well known in the market for its contentious expertise and handles a range of disputes, including arbitration and litigation; the practice also handles a number of non-contentious matters, including transactions and financings. The practice is well-placed to handle cross-border matters across the Asia-Pacific region by virtue of having practitioners on the ground in Australia, Singapore and Dubai. Timothy Hill

heads the team with over 30 years’ experience advising project sponsors, contractors, major subcontractors, and consultants on the full life cycle of projects. Damon So

is a qualified civil and structural engineer and a chartered engineer; he handles contentious matters and the preparation and negotiation of construction-related documents. Counsel Joyce Leung is also recommended.

Although it is relatively small in comparison with some of the ranked firms, Hogan Lovells‘ five-strong team punches above its weight by virtue of its ability to leverage strong regional and broader global resources, enabling it to handle some big ticket arbitrations for international corporates on their inbound investments, as well as Chinese parties on outbound activity. James Kwan is the principal contact out of Hong Kong for commercial arbitrations and has built up a particularly strong reputation advising on private equity disputes, including as it relates to put options. Timothy Hill

also handle some international arbitration work as an outreach of their construction practices.

Hogan Lovells has arbitration practitioners in its offices both in Hong Kong and Singapore. In Hong Kong, James Kwan is active for commercial arbitrations, including M&A disputes, while Timothy Hill

heads a construction disputes group active in engineering-related arbitrations, heading the firm’s group in this area. Furthermore, in Singapore, it can count on commercial arbitration specialist Kent Phillips.