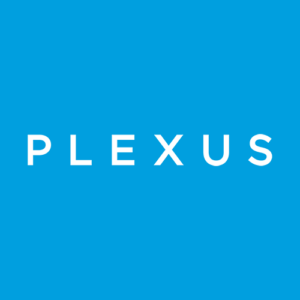 Jo has 30 years legal experience initially for Claimant and Defendant, but having qualified in 1998  has represented Defendant insurers since. Jo was made up to Partner in 2005.

Jo represents Major UK Motor Insurers in large loss and catastrophic injury claims with values up to £20m per claim and that large claims where significant exaggeration is considered.

An Industry leading figure on the introduction of the 2007 Fraud Act and ran one of the first private prosecutions for contempt of court on behalf of UK Insurers in the landmark case of Kirk v Walton 2009 EWHC 703 (QB) for failure to have an honest belief in a statement of truth under CPR 32.14 arising from deliberate exaggeration of injuries which resulted in being the recipient of the Insurance Fraud Award for 2009 for innovation in handling.

Jo and her team have very significant experience of all major injury handling including Brain  and Spinal Injuries, amputation, PVS and Psychiatric injuries with a special interest in Chronic Pain and Fibromyalgia/Somatoform disorders and the impact of Opioid medication and addiction were Jo has had unrivalled success in defeating claims for chronic pain based on causation or exaggeration arguments for the last decade, significantly reducing client indemnity spend.  It is noteworthy that large claims have been transferred by Insurers to Jo to advise on such issues when dissatisfied with legal advice from other solicitors.

Described by a leading head of UK PI chambers as “one of the best, and if only everyone worked like Jo” she has a reputation for being a firm litigator with a real and accurate feel for valuation on instruction and is acutely tactically aware of how to resolve difficult claims quickly.

Jo is regularly requested to attend JSM’s on behalf of Insurers without Counsel’s instruction.

The Plexus Law personal injury team is co-led by a multitude of experts, being: property risk specialist Paul De La Porte, occupational disease lead Stephen Phillips; Joanne Pizzala, who specialises in catastrophic loss in motor incidents and is described as being ‘at the very top of the tree in this space’; leader of the dedicated large loss team Mark Dyson; head of travel Michael Gwilliam; and Philip Tracey, whose work covers all aspects of employers’, public and product liability. At present, Tracey is defending on a potentially ultra-high-value, cross-jurisdictional leisure liability group action claim being made against the RFU and Wales Rugby, involving brain damage. In addition, the team has a wealth of experience in dealing with motor incidents, public liability cases and workplace accidents. Claire Attridge is developing a strong reputation in asbestos claims in particular.