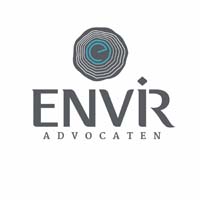 Marieke Kaajan, co-founder and partner at ENVIR Advocaten, is one of the specialists in Nature Conservation Law in the Netherlands and is also well known for her in-depth knowledge of environmental law, planning and zoning law. When, in May 2019, the Dutch Council of State annulled the Dutch nitrogen action programme due to non-compliance with EU law, several national and regional television and radio programs asked Marieke Kaajan to explain this judgment and its consequences.

For her out of the box solutions and strategic advice in proceedings as well as in obtaining permits Marieke Kaajan is engaged by Ministries, Provinces, municipalities and developers for projects with high financial or political impact. Within her field of expertise, Marieke Kaajan is involved in all relevant permits for many large industrial and sustainable energy projects (e.g. large wind farms onshore and offshore).