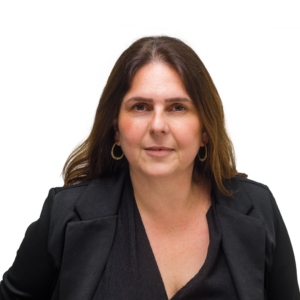 Amira is one of Israel’s most experienced patent practitioners and a partner at this firm since its inception.
Amira has been involved in major patent oppositions and infringement actions, including matters relating to solid state chemistry, synthetic organic chemistry, delivery systems and pharmaceutical formulations. In addition, she has been prosecuting patent applications for some of the world’s largest pharmaceutical companies and manages large patent portfolios.

Amira is a graduate of The Hebrew University of Jerusalem (B.Sc.Pharm, 1994) and The College of Management (LL.B., 2004) (M.B.A. 2004). Amira also has hands on lab experience and worked for several years in the Medicinal Chemistry laboratory of the School of Pharmacy at the Hebrew University where she specialized in synthesizing complex organic molecules.

Amira enjoys spending time with her family, taking long walks with her dogs and appreciates a good wine.

Liad Whatstein & Co. Law Office handles both trade mark and patent prosecutions for a variety of clients but has a special focus on companies operating in the pharmaceutical, defence, and communications sectors. Co-head Liad ‎ Whatstein is widely known for his IP litigation track record but handles both patent and trade mark filings and disputes. Co-head Amira Mangelus, also a patent litigator, has particular expertise in patent prosecution in the life sciences sector.

IP litigation is the heart of boutique firm Liad Whatstein & Co. Law Office; its additional proficiency in regulatory matters alongside experience in pharmaceutical technology, R&D agreements, and joint ventures make it popular choice for the State of Israel and a long list of large international pharmaceutical companies. Liad Whatstein is one of Israel’s leading IP litigators, recently representing Pfizer in an appeal before the Supreme Court regarding patent infringement proceedings against Unipharm for the well-known drug VIAGRA. Amira Mangelus who is a seasoned patent litigator is also a key name to note.