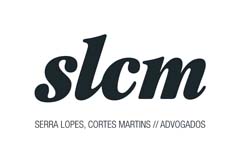 Inês Pinheiro is Partner in SLCM // Serra Lopes, Cortes Martins & Associados, in Lisbon, responsible for Employment practice area team.
She is focused in legal advice to human resources management, supporting customers in restructuring and collective redundancies, labour audits, collective bargaining negotiations and labour disputes. Together with her team she has been collaborating with several important national and multinational companies. Her expertise focuses on companies and institutions in various business areas, particularly in industry, trade and services, such as food processing, banking, media, multimedia, building and real estate.
She has been supporting several restructuring processes in large groups of agro-food sector, media and industry, leading the negotiation process with employees, works councils and trade unions, collective dismissal procedures as well as following up, in human resources issues, restructuring processes related to company’s acquisitions or joint ventures.
She is also responsible for providing legal services and daily support to human resources management, in several companies, in a preventative and problem-solving capacity.

Joined SLCM as a lawyer specialized in Employment Law in 2004, and became Partner in 2014. Previously, she was Head of Legal and Human Resources Department in a Multinational Company (1990-2003) and before that in a Construction Company (1985-1990).