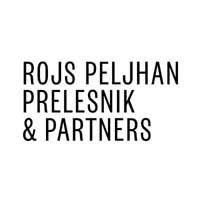 Ana joined Rojs, Peljhan, Prelesnik & partners in 2008 as a trainee. After passing the bar exam in Slovenia in 2011 she continued her studies at New York University (NYU) School of Law where her coursework included amongst others Investment Law, International Arbitration, and International Environmental Law. She was admitted to New York Bar in 2015.

Ana joined Rojs, Peljhan, Prelesnik & Partners again in 2012, where she now focuses on environmental law, employment law, arbitration and litigation. She regularly addresses environmental law issues in transactions (she recently advised in the sale of an industrial waste facility) and advises domestic and international clients with day-to-day environmental law questions. Additionally, she advises client as to labour law compliance and represents them in disputes.