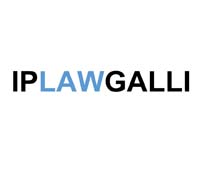 Since 1986 Cesare Galli has been involved in a huge number of important litigations in Europe concerning all branches of IP law (in particular patents and trademarks), often tackling cross-border problems, and has authored various essays on the issue. In 1999 he obtained the first Italian decision with regard to biotech patents and in 2004 obtained the first Italian ruling assessing the validity of a computer-implemented invention patent. In 2005 the firm enforced successfully the first ex parteorders ever granted in Italy for the seizure of secret documents and computer files stolen by former employees. Similarly, between 2004 and 2012 Professor Galli secured one of the most relevant decisions concerning the protection of strategic patents in both the pharmaceutical and technology, media and telecoms fields.

Since 2005 Professor Galli has been a member of all of the government commissions for revising the Italian IP Code. He lent decisive influence to the 2010 reform of the code and was involved in the process that led Italy joining the Unified Patent Court and the unitary patent system. Since 2009 he has been a member of the Sub-group on Legal Framework of the European Commission Counterfeiting and Piracy Observatory.

Since 1998 Professor Galli has been a full professor of IP law at the Faculty of Law of the University of Parma.

In 2011 he was invited by the Italian Ministry of Economic Development to take part in the panel of legal experts of the National Anti-counterfeiting Council.