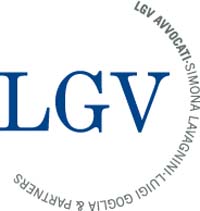 Luigi Goglia graduated from the University of Pavia in 1994. Previously, in 1993, he had pursued further studies in German antitrust law at the University of Passau, in Germany. He conducted research on antitrust matters applied to the television sector at the Max Planck Institut of Munich, in Bavaria, Germany. In 1998 he passed the lawyer State exam and since 2012 has rights of audience in the Supreme Court. Having acquired significant professional experience in the field of industrial and intellectual property law, he became partner and founding member of LGV in 2003. Luigi is well-known as an important industrial property litigator and is particularly appreciated for the attention he gives to understanding technical matters. Over the years he has managed important contentious cases involving patents, know-how, designs, trademarks, and has assisted many national and international clients providing them with extra-judicial consultancy. He has also dealt with management of large scale trademark and design anti-counterfeiting programs. Luigi has acquired extensive experience in relation to acquisitions, mergers and corporate consultancy. He also advises on contractual matters, particularly in the field of industrial property, but also in the commercial sector, covering distribution and agency agreements as well as licensing of industrial property rights. Luigi is involved in the following practice areas: patents, trademarks, know-how, unfair competition, antitrust, copyright and new technologies, commercial law and M&A, litigation.

LGV Avvocati Studio Legale has a well-reputed IP practice, with an offering ranging from patents to trademarks, and additional expertise in IP matters in the technology field. Founding partner Simona Lavagnini is a recognised copyright lawyer. Co-founder Luigi Goglia is a very active litigator and concentrates on licensing, distribution and contractual disputes. Dually qualified Tankred Thiem is admitted at the German and Italian bars and completes the team at partner level. Alessandro Bura is also noted.