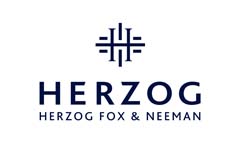 Gal Eschet is a Partner in the firm’s Hi-Tech Department. Gal joined the firm in 2016 to help lead its technology transaction practice and the development of its recently-established Silicon Valley office. Gal’s practice focuses primarily on cross-border and domestic transactions involving technology and intellectual property. It includes structuring, negotiating and drafting complex commercial agreements and strategic intellectual property licenses; representing clients in strategic alliances, mergers & acquisitions, divestitures, asset sales, and investments; as well as advising clients on a wide variety of matters relating to intellectual property, development, supply, distribution, IT procurement and services, collaborations, open-source and other matters relevant to technology companies.

Gal is licensed to practice law in both California and Israel. Gal is a member of the Mobile and Internet Committee of the California Israel Chamber of Commerce.

Earlier in his career, Gal held a research position at the Center for Information Technology Research in the Interest of Society (CITRIS) at UC Berkeley; teaching and research positions at the University of Haifa School of Law; and was an articled clerk at the business department of a leading Israeli law firm. Gal was a naval officer in the Israel Defense Forces.

The team at Herzog Fox & Neeman advises clients on IP matters in connection with their complex commercial transactions such as M&A and IPO listings and has a particular focus on the gaming and e-commerce sectors. Karen Elburg heads the department and advises clients on all aspects of IP law. She is also a senior editor on INTA’s Trademark Reporter. Gal Eschet is an expert in large domestic and cross-border transactions involving IP, while Adar Bengom (Ortal) handles plant breeders’ rights and IP. Gilad Neeman and Jenia Melkhior left the firm.