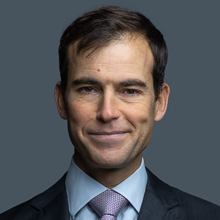 Jaime Gallego exclusively practises in the fields of international commercial arbitration and international investment arbitration since 2004 with a particular focus on Latin America and Spain. He has acted in some thirty arbitrations primarily in the energy (including oil & gas), mining, telecommunications, arms, transport, real estate and infrastructure/construction sectors. These were conducted under ICSID, UNCITRAL, ICC, SCAI/Swiss, LCIA and CIAC rules, among others, and the applicable laws, both substantively and procedurally, originated from common law and civil law traditions. He acts both as counsel and arbitrator.

Jaime Gallego is dual-qualified as an English Solicitor and a Spanish Abogado and continuously handles arbitrations in both English and Spanish, both of which are his native languages. He is also fully professionally proficient in French.  He is a former president of the Swiss Chapter of the Club Español de Arbitraje (CEA) and a member of the executive committee of the Section of Lawyers from Foreign Bars of the Geneva Bar Association. He is also a member of various arbitration associations.

Before joining LALIVE, Jaime Gallego worked at Dechert LLP in Paris in the international arbitration team (2004-2009) and at SJ Berwin LLP in London where he trained and qualified into the corporate department (2000-2003).