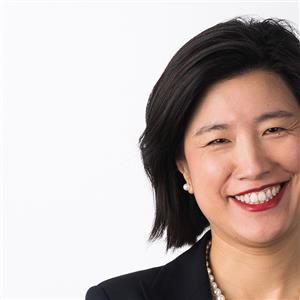 Counsel, since 2016, specialising in international arbitration. Valentina has acted as counsel, arbitrator (sole arbitrator, co-arbitrator and chairperson) and administrative secretary in more than 65 arbitration and other ADR cases under the major arbitration rules, including ICC, LCIA, VIAC, DIS, Swiss Rules, CCIR, CAS and UNCITRAL. She has experience with parties from the CEE/SEE region, Turkey as well as from PR China and Hong Kong.

After having served as assistant professor at the Vienna University of Economics, Valentina worked for two boutique law firms and interned at the ICC International Court of Arbitration in Paris and at CIETAC in Beijing.

Valentina studied in Vienna, Amsterdam and Taipei and obtained degrees in law (Mag. iur., Dr. iur.) and sinology (Bakk.phil.). Valentina is admitted to the Vienna Bar.

Wolf Theiss has cross-border work at its heart with a particular focus on the CEE and SEE regions. Counsel Venus Valentina Wong extends this geographical focus with expertise in acting for parties from Greater China, while counsel Emmanuel Kaufman, who returned to the firm in September 2021 from KNOETZL HAUGENEDER NETAL, is a key contact for disputes involving Hispanic parties. Kaufman has a focus on construction arbitration, which is an area of particular expertise for the team and is routinely led by Thomas Anderl. Other key sectors include manufacturing, infrastructure, engineering and energy, which corresponds with team head Stefan Riegler‘s sector focus. The practice handles arbitrator and party counsel mandates and is well versed in the major arbitration rules as well as in ad-hoc arbitration proceedings.