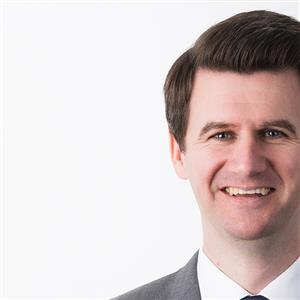 Partner, since 2017, specialising in construction law. Thomas is regularly involved in complex matters in this field of expertise, both national and international, including representing construction companies before courts, arbitral tribunals and FIDIC-Dispute Adjudication Boards.

Wolf Theiss‘s close cooperation with its offices across the CEE and SEE region makes it an attractive partner for construction companies, joint ventures, project developers and employers requiring assistance with large-scale national and cross-border construction and infrastructure projects, while its cross-practice cooperation also enables the team to provide associated public procurement and real estate advice alongside litigation and arbitration support. This combined approach is also reflected in Wolfgang Müller

‘s expertise, which spans contentious and non-contentious construction and development law. He jointly heads the practice with Thomas Anderl, who covers an equally broad spectrum and has substantial expertise in FIDIC contracts and, together with Michael Müller (counsel since May 2021), is among the key contacts for Building Information Modelling (BIM). Senior associate Hannah Schaflinger has a specialism in construction litigation and construction insurance law.

Wolf Theiss has cross-border work at its heart with a particular focus on the CEE and SEE regions. Counsel Venus Valentina Wong extends this geographical focus with expertise in acting for parties from Greater China, while counsel Emmanuel Kaufman, who returned to the firm in September 2021 from KNOETZL HAUGENEDER NETAL, is a key contact for disputes involving Hispanic parties. Kaufman has a focus on construction arbitration, which is an area of particular expertise for the team and is routinely led by Thomas Anderl. Other key sectors include manufacturing, infrastructure, engineering and energy, which corresponds with team head Stefan Riegler‘s sector focus. The practice handles arbitrator and party counsel mandates and is well versed in the major arbitration rules as well as in ad-hoc arbitration proceedings.