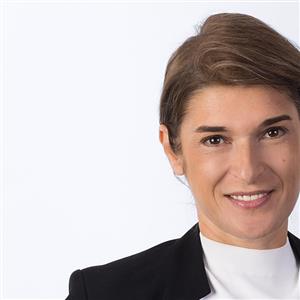 Corporate law/M&A, Capital Markets, Insolvency & Restructuring, Banking & Finance, Commercial Litigation/Arbitration, IP. Over the years, Nataša has advised a multitude of international clients on various forms of greenfield and brownfield investments in Serbia, capital markets issues, as well as with respect to various disputes arising out of such investments and/or minority shareholders rights. She is well renown for her expertise in insolvency and restructuring matters, acting as the lead council in all major insolvencies in Serbia. Nataša has been recognized for her excellence by leading professional review publications. Due to her expertise and recognition in professional circles, she was elected twice to act as a Chairman of the Business and Corporate Law Committee at AmCham Serbia, gathering the most prominent international companies operating in Serbia.

Independent Attorney at Law in cooperation with Wolf Theiss since 2002.

is an experienced counsel.

Fielding one of the largest corporate and M&A teams in the CEE/SEE region, Law Office Miroslav Stojanovic, in cooperation with Wolf Theiss‘ recent experience includes an increase in M&A deals involving IP and IT, as well as healthcare matters. The team is also active in mandates involving greenfield investments, while bank-related restructurings and acquisitions remain significant areas of strength. Co-heading the team are Miroslav Stojanović, who consistently handles major transactions, and Nataša Lalović-Marić, a specialist in advising international clients on various investments in Serbia. Andjelka Todorović

is the counsel to note.

Highly experienced in significant PPP projects and concessions, Law Office Miroslav Stojanovic, in cooperation with Wolf Theiss‘ practice is able to leverage the firm’s widely respected banking and finance and regulatory experts. Qualified to practise law in both Austria and Serbia, Miroslav Stojanović‘s specialist areas include PPP projects, along with energy and infrastructure matters. In recent project development work, Nataša Lalović-Marić led the advice to Japanese company Toyo Tires on its greenfield investment in Serbia. In September 2021, Andjelka Todorović

was promoted to partner, ‘which is testament to her abilities‘.

was promoted to counsel in November 2021.