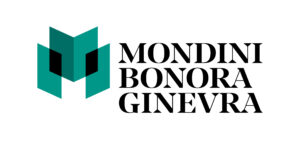 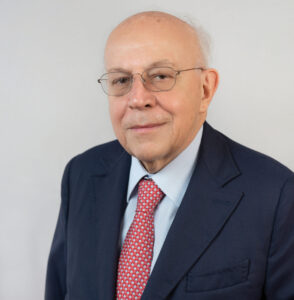 In 1969 he and his friend and colleague Giuseppe Rusconi founded Mondini Rusconi law firm, where both are still practising.

He has specialized in intellectual property, and specifically in copyright law, media law (including new media, the Internet, etc.), patents and trademarks, unfair competition, telecommunications legislation, and in corporate matters. He has represented large Italian and foreign media companies in transactional and contentious work in Italy, including one of the major US multinationals operating in the book, music, film, broadcasting and related industries.

Over the last few years Giorgio Mondini has been assisting non-EU citizens in real estate operations in connection with acquisition of elective residence in Italy.

He frequently pleads before Italian courts of any jurisdiction including the Supreme Court of Cassation, mainly in copyright and IP litigation matters. He has also acted as an arbitrator and has pleaded within arbitration proceedings.

Giorgio Mondini is Chairman of the Italian Group of AIPPI – International Association for the Protection of Intellectual Property – and ALAI association.

MONDINI BONORA GINEVRA Studio Legale was established after the former entities Mondini Rusconi, Bonora e Associati and Rapisardi e Ginevra Avvocati Associati joined forces in early 2021. Both firms were active in the IP field: the former with a focus on copyright, trademarks and competition, the latter on patents and related disputes. The newly formed team is jointly led by Giorgio Mondini and Carlo Ginevra and combines the two areas of specialisms in a single department. Giacomo Bonelli is a recognised team member with specialism in copyrighted industrial design, models and trademarks. Fabio Ghiretti stands out for assisting clients in the music, entertainment, and fashion industries.

MONDINI BONORA GINEVRA Studio Legale combines the TMT knowledge of the firms Mondini Rusconi, Bonora e Associati and Rapisardi e Ginevra Avvocati Associati, which merged in early 2021. Mondini Rusconi was particularly strong in copyright work for the entertainment sector. Here Silvia Mondini, whose expertise covers TV rights and new media, web platforms and social networks, is one of the key figures together with Giorgio Mondini. The duo head the practice.