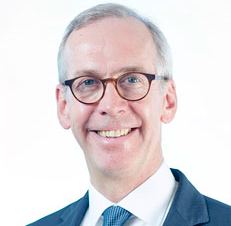 Jean de Skowronski is an Attorney-at-Law and holds an MBA from INSEAD. He has been active in the banking industry for more than 25 years, leading Credit Suisse’s Debt Capital Market Origination Departments in Zurich and London, BNP Paribas (Switzerland)’s Financial Institutions Group and one of Credit Suisse’s UHNWI wealth management teams.

Member of several boards of directors, he has a broad experience in the field of finance regulation and in the banking and financial sectors, as well as in the areas of corporate and commercial law and in situations requiring mediation.

Jean de Skowronski is active in a number of charitable organizations in Switzerland and abroad.

Since 2016 :  Legal and Financial Consultant, Lausanne