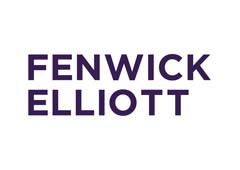 Simon is a solicitor with an Honours degree in Law (University of Hertfordshire), completing his studies at the College of Law Guildford. Before qualifying, Simon spent some time working on construction sites in the industry. Simon has specialised in construction and engineering law and the disputes generated by the industry all his professional career. He is also a chartered arbitrator and an adjudicator.

Simon specialises in all major forms of dispute resolution in construction and engineering disputes including litigation, arbitration, adjudication and mediation.

Simon is experienced in all main industry contracts, such as JCT, NEC, IChemE, ICE, IEE, FIDIC, FCEC and GC/Works, as well as numerous bespoke forms based on derivatives of these.

Senior Partner Fenwick Elliott since 2002, made a partner 1989; qualified February 1987; trained at Cozens & Moxon. Before training in the law, Simon laboured on construction sites for Goslings, John Laing and Lesser Design & Build.

Simon is immediate past chairman of the Technology and Construction Solicitors’ Association, a role he held for five years and is now the Honorary President of the Technology and Construction Solicitors’ Association (TeCSA). TeCSA is the leading organisation for solicitors practising construction and information technology law in England and Wales. In that time he championed the TeCSA eDisclosure Protocol (in collaboration with TECBAR and the Society of Computers and the Law) and its first revision in January 2015.

In 2015 Simon also led TeCSA’s research and thorough review of the Construction and Engineering Pre-Action Protocol (PAP) and the views of those using PAP, including solicitors, consultants, contractors, employers and specialist subcontractors. Working with the services of Acuigen he investigated the ways in which PAP was and was not working, and produced recommendations for its amendment. It was the first time the views of those using PAP and the Technology and Construction Court (TCC) had been subject to a detailed independent survey. It resulted in TeCSA and TECBAR drafting a revised version of the PAP (in which Simon was heavily involved) reflecting the study outputs, which was added to the White Book in late 2016.

Simon is also involved with the training and policy of construction solicitors and TeCSA adjudicators. He is also a Visiting Lecturer at King’s College London on their MSc in Construction Law and Dispute Resolution. He has lectured and chaired extensively for most of the major conference symposia as well as at many other universities, the RICS, Arbrix, SCL, ICES and the Chartered Institute of Arbitrators, and legal education networks. He has also chaired and taken part in numerous webinars on construction law issues for two publishing houses. Simon wrote the contract module for King’s College’s Construction Law, Litigation and Regulation distance learning course.

He has an occasional column in Building magazine and has contributed to numerous other legal and construction journals. He is also a past member of the editorial board for the CLT journal, The Engineering and Construction Law Journal. Between 1998 and 1999, Simon was also on the Faculty Training Board of the CIOB training adjudicators.

Simon’s interests outside the law are buildings (restoring them), building structures and materials, power generation and architecture; he is a self-confessed petrolhead, loves travel, motorcycles, off-roading and his family.