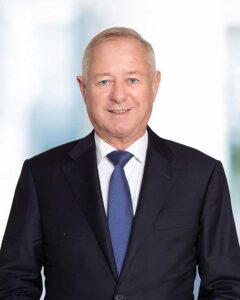 Ottesen is frequently appointed as bankruptcy administrator by Oslo Bankruptcy Court and is appointed as administrator in a number of the largest bankruptcies in Norway each year. Ottesen is Chairman of the Board of Kvale and holds several directorships. He regularly lectures and participates in panel discussions on key emerging areas of the law in bankruptcy, restructuring & insolvency.

The ‘strong and experienced‘ team at Kvale Advokatfirma DA has an excellent reputation for handling a broad range of insolvency work, including refinancings, reorganisations and bankruptcy cases. The practice advises a solid client roster of financial institutions on complex debt restructurings; Stine Snertingdalen, who is ‘highly skilled and service-minded‘, is a key figure in the team for insolvency-related banking and finance work. The ‘practical‘ Tom Hugo Ottesen is well known for acting for companies and banks in restructuring and refinancing matters, while practice head Thomas Piro counts cross-border bankruptcy work as a key area of instruction. Jon Skjørshammer and Robert Jensen are also key members in the team.