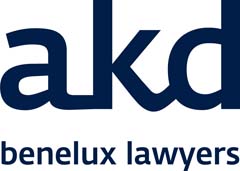 Pieter Kuypers is a partner and lawyer at AKD who specialises in European law and focuses, within this legal field, on procurement, competition and state aid law. Pieter also has particularly wide-ranging knowledge of international private law. He deals with cases involving care, energy, competition and the government.

Pieter advises on cases involving these law areas. He represents businesses, government and semi-government bodies before European and Dutch courts. For example he works with Prorail, Malmberg (Sanoma) and the municipality of Tilburg. His clients appreciate his smart solutions, strategic advice and practical approach. Pieter is convincing thanks to his broad experience and keen legal knowledge.

In addition to his work as a lawyer and lecturer, Pieter is a member of the Expert Committee on Procurement. This committee was set up by the Minister of Economic Affairs and Climate to mediate in procurement procedures. The committee also issues non-binding advice to parties involved.

Moreover, Pieter is an arbitrator or binding adviser in disputes in relation to the legal fields referred to. He is also a member of the Advisory Board of Appeldoorn Tendermanagement BV.

Pieter is active in a social capacity as well. He is, for example, a member of the board of École Amélie Hamaïde ASBL, Les Amis de l’école Hamaide ASBL and a member of the Advisory Board of the Dutch Network Brussels.

Pieter is fluent in English, German and French.

His finished his thesis on explicit and implicit forum choice in European international private law in February 2008.

Pieter studied law at Utrecht University, where he gained a post-graduate degree in European law. He also studied at King’s College, London, and at the Faculté International de Droit Comparé, in Strasbourg.

AKD‘s EU and competition team, which comprises of Dutch-qualified lawyers, divides its time between the firm’s offices in Brussels and the Netherlands as part of an integrated Benelux practice. Jointly led by Pieter Kuypers, it acts for clients on a wide range of Dutch and EU competition mandates, such as merger control matters, state aid cases and cartel investigations. In addition, the group is also extremely active in representing claimants in cartel damages actions. A significant portion of the workload has a nexus to industries such as healthcare, energy and transport industries. Elsewhere, other drivers of activity include matters involving food and beverages, real estate and the public sector. In a recent highlight, senior associate Joost Houdijk and associate Robbert Jaspers assisted Zuyderland with the merger control filing associated with the integration of two additional businesses into the Zuyderland Group.