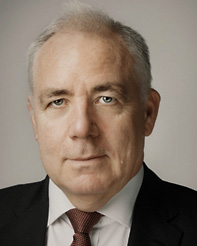 Nick Shepherd is a Partner at Wikborg Rein’s London office. He specialises in shipping, energy and marine insurance work. For many years he has worked with the Greek shipping market, representing several of the leading shipping groups. Having previously lived and worked in Greece for a total of 12 years (1994-99 and 2009-16), he has developed a detailed knowledge and understanding of that market.

Nick has extensive experience of handling a wide range of work for shipowners, including P&I and Defence work; Charterparty, bill of lading and COA matters; MOA sale & purchase disputes; admiralty work (including collisions, groundings and total loss); shipbuilding contract review and disputes; marine insurance issues and claims; and the arrest or attachment of ships and other assets worldwide to secure or enforce claims; sanctions issues and compliance.

In recent years his work has included more specialised work such as drafting contracts for a major logistics company for the expansion of its dry bulk terminal, including throughput contracts with customers; design & procurement contracts for the terminal expansion; transhipment and storage contracts; and river transportation COAs.

Work assignments of note whilst a partner at Ince & Co included:

Wikborg Rein continues to expand its share of the London shipping market, acting for clients across the full spectrum of contentious and non-contentious work. Practice head Chris Grieveson excels in handling both wet and dry shipping disputes, while Rob Jardine-Brown specialises in shipbuilding matters. Nick Shepherd‘s practice covers litigation and commercial transactions, and he has a strong client following among Greek shipowners. Eleanor Midwinter , who made partner in April 2021, is ‘extremely capable and bright’.