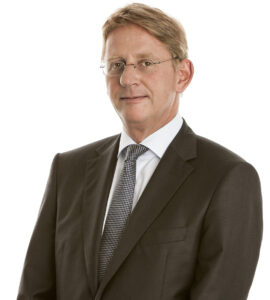 Roger Staub is a Partner in the Information Technology, Intellectual Property and Competition Team. He represents national and international companies from various industries, such as luxury goods, pharmaceuticals, food, financial services, fashion, medical devices and media. He specialises in litigating complex cases before state courts and arbitration tribunals. In addition, he advises clients in negotiating IP and technology-related contracts and in developing IP strategies. He also works as an arbitrator in international arbitration tribunals.

Roger Staub is an active member in various organisations in the field of intellectual property. In past years he has been both a committee chairperson and a member of the Global Europe Advisory Council in the International Trademark Administration (INTA).

After studying law at the universities of Munich and Zurich (licentiate degree, 1992), Roger Staub became a member of the bar in Zurich in 1995 and received his doctorate at the University of Zurich in 2000 with a dissertation on copyright contract law.

Walder Wyss Ltd. is well known for large transactions involving intellectual property issues as well as for its litigation strength, acting in trade mark, copyright, design and patent disputes. Roger Staub has ‘extraordinary capabilities‘, especially in international IP litigation and arbitration. Markus Frick specialises in trade mark, patent and unfair competition matters and is a ‘great litigator‘. The ‘competent, experienced and committed‘ unit has recently seen increased activity in the life sciences and pharmaceuticals sectors, in particular the biotech industry, where it assisted clients with licensing contracts and technology transfer from universities to industry partners.