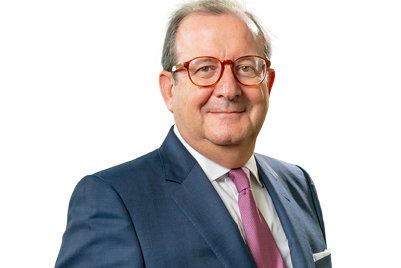 Jaime Folguera is based in Uría Menéndez’s Madrid office. He joined the firm as a partner in 1993, having been an EU legal affairs advisor to several Spanish government agencies. He currently heads the Competition Law Practice Area.

His practice focuses on EU and Spanish competition law, and is regularly asked to advise on EU and Spanish mergers in various sectors, such as banking and insurance, energy, telecommunications, pharmaceuticals and basic industries.

Jaime is often consulted on cases related to horizontal agreements, distribution, individual or collective abuse, and State aid. He is frequently involved in proceedings before the European Commission, the Spanish Competition Authority and other regulatory agencies, as well as before the European Union and Spanish courts.

Operating from Madrid and Brussels, Uría Menéndez is widely recognised as a leading practice in the field of competition. Excelling in cartel investigations and merger filings before the CNMC, the large practice headed by Antonio Guerra also shows great dexterity handling state aid, as well as damages claims, thanks to the firm’s renowned litigation capabilities. Other key members of the team include senior market expert Jaime Folguera Crespo; Alfonso Gutiérrez Hernández, who is highly experienced in the pharmaceutical sector; skilled litigator Patricia Vidal; Edurne Navarro, who heads the Brussels office; Tomás Arranz, who was promoted to the partnership in January 2021 and has experience leading the negotiation of complex remedies before the CNMC; and senior associates Cristina Areces and Jokin Beltrán.