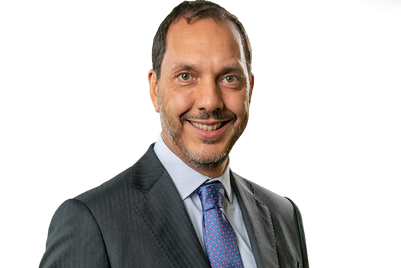 Pablo González-Espejo is a lawyer based in the Madrid office of Uría Menéndez. He joined the firm in 1994 and was made partner in 2004. In 1999, he opened Uría Menéndez’s São Paulo office, which he headed until September 2003. There, he advised foreign investors in Brazil and was one of the first foreign lawyers to be registered with the Brazilian Bar (Ordem dos Advogados do Brasil). In October 2003, Pablo returned to the firm’s Madrid office. Since then, he has focused his practice on commercial and company law in the audiovisual, telecommunications, media, sports and IT sectors. He is in charge of the Digital Law Group, which coordinates the professional practice of all the firm’s practice groups and offices in the field of digitalization.

The TMT practice at Uría Menéndez, forming part of the firm’s well-established digital law group, is highlighted for its ‘technical quality’, and has notable skills in a range of areas, including cybersecurity, IT, AI, big data and fintech. A renowned expert in the market, Pablo González-Espejo heads the department, closely supported by the ‘exceptional’ Leticia López-Lapuente, who garners praise for her ‘technical knowledge in IT’ and ‘ability to negotiate and find solutions and to coordinate complex projects’. Skilled litigator Borja Sainz de Aja and senior associate Reyes Bermejo Bosch, who focuses her practice on data protection, e-commerce and information technology, bring additional expertise to the team.