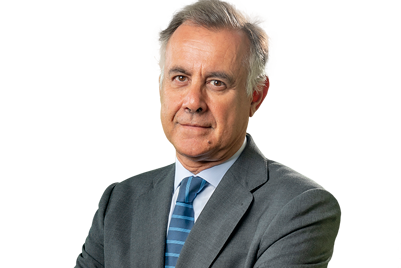 Rafael Sebastián is a corporate lawyer in the Madrid office of Uría Menéndez. He joined the firm in 1990 and became a partner in 1991.

Rafael was previously general counsel and secretary to the board of a leading international bank.

He opened the New York office of Uría Menéndez in 1990 and was managing partner there until 1996.

Rafael’s practice covers a wide range of corporate and banking work. He specialises in capital markets, mergers and acquisitions and corporate restructuring, and has advised on insolvency proceedings involving leading Spanish and multinational companies.

The sizeable debt capital markets team at Uría Menéndez is recommended for its ‘in-depth knowledge of the sector and the organisations involved‘, and has a solid track record acting in innovative transactions that have spurred the diversification of the Spanish market. The issuance of green bonds and hybrid green bonds have been a notable recent trend, and the team acts for Iberdrola in major transactions in that area. Practice head Rafael Sebastián

leads those matters and is supported by the highly regarded Enrique Nieto; María Vidal-Pardo, who acts for banks and financial institutions; and experienced partner Javier Redonet

. Carolina Albuerne, who was promoted to partner in January 2022, also stands out.