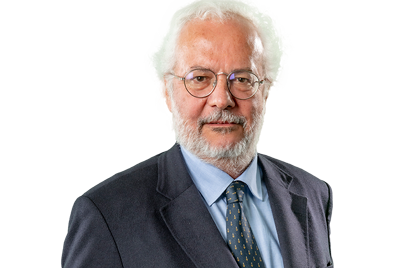 Tito Arantes Fontes is a partner based in the Lisbon office of Uría Menéndez-Proença de Carvalho. He joined the firm in 2004 when his previous firm, Vasconcelos, F. Sa Carneiro, Fontes & Associados – one of the most prestigious Portuguese law firms, founded in 1993 – integrated with Uría Menéndez.

He has been a lawyer since 1982 and became a partner at Vasconcelos, F. Sa Carneiro, Fontes & Associados in 1994, where he headed up the Litigation Department and focused his practice on litigation, arbitration and labour law.

Tito is the head of the Litigation Practice Area covering all the practice areas (both contentious and non-contentious). He represents clients in civil, criminal and commercial procedures, at all instances including the higher courts and the Constitutional Court. He also acts in arbitration hearings either as an arbitrator or as lawyer representing parties in insolvency procedures and in particular before the Commercial Court (Tribunal de Comércio). Tito represents Portuguese and foreign companies before the Portuguese courts and arbitration tribunals and also actively participates in the negotiation, drafting and enforcement of complex agreements, often after years of litigation.